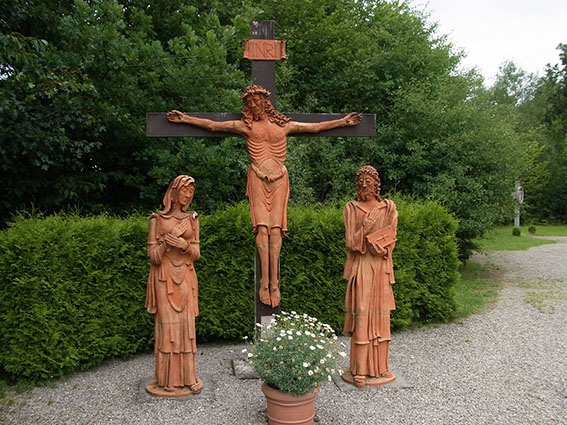 About the Golding Centre

The Golding Centre for Women's History, Theology and Spirituality was established at the Australian Catholic University in April 2003.

The genesis of this Centre is to be found in the growing awareness within the Church of the need for in-depth socio-religious analysis and historical research, following the large-scale review of the Church during the Vatican Council of 1962-5. Within the Australian context, this led to the establishment of the National Catholic Research Council and the undertaking by the major superiors of religious institutes of a National Research Project on Religious Life. From the latter in 1980 emerged the Institute of Religious Studies. This along with the Bishop’s "Research Project on the Participation of Women in the Catholic Church in Australia" (1996 –1999) provided the immediate wider Church context for the establishment of the Golding Centre for Women’s History, Theology and Spirituality.

The Golding Centre is multi-disciplinary and is situated within the School of Theology within the Faculty of Theology and Philosophy with outreach to various Schools in the other faculties.

The Centre presently consists of a three-member Centre Team with the members based on the Brisbane Campus (McAuley at Banyo), Strathfield Campus (Mount Saint Mary), and Melbourne Campus (St Patrick’s). The team members have outreach to the other campuses through contact people. Apart from having active support from a number of staff within the University the Centre has a large group of Friends in the wider community ranging across academics, archivists, and interested fellow travellers. A biannual newsletter is produced and distributed both within and without the university.

The primary objective of the Centre is to provide a sound academic basis for the Catholic Church’s response to the desire and need of women in the Australian Catholic Church to recover their history, theology and spirituality, as expressed by them in the Bishops’ Report of the Participation of women in the Catholic Church in Australia, Woman and Man: One in Christ Jesus. This can not be done in isolation and involves the forging of links with relevant scholars (men and women) within ACU, and other university-based academics within Australia and internationally.

Such activities contribute to the production of more authentic mainstream histories, theologies and spiritualities to inform vital decision making both within the Church and within the wider community.

In 1991 the distinguished philosopher and psychologist Richard Tarnas in his work, The Passion of the Western Mind, declared:

Many generalisations could be made about the history of the Western mind, but today perhaps the most immediately obvious is that it has been from start to finish an overwhelmingly masculine phenomenon. The crisis of modern man is essentially a masculine crisis, and I believe that its resolution is already occurring in the tremendous emergence of the feminine in our culture &hellip

In 1995 Pope John Paul in his letter to Women stated with regret:

Unfortunately, we are heirs to a history, which has conditioned us to a remarkable extent. In every time and place, this conditioning has been an obstacle to the progress of women. Women’s dignity has often been unacknowledged and their prerogatives misinterpreted; they have often been relegated to the margins of society and reduced to servitude. This has prevented women from being truly themselves and it has resulted in a spiritual impoverishment of humanity.

Indeed in 1904 Annie Golding pointed out:

The world [has] suffered through want of the dual influence. Only the masculine was cultivated. In all lands property, military glory, and lust for power were the highest ideals. The humanising influences - sentiment, family, love and other domestic virtues - were relegated to an inferior place.